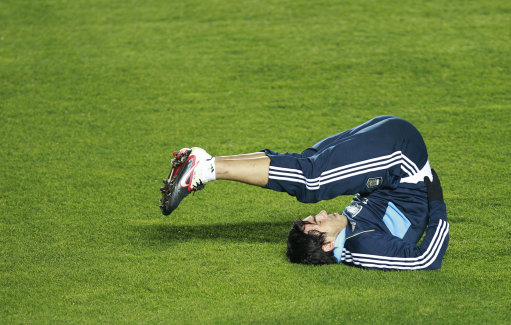 Corinthians have tabled a £35.3 million (€40 million in new money) bid for Carlos Tevez, with the man himself insisting he’d have ‘no problem’ returning to the Brazilian side – though it is also understood that Man City are about to announce that the offer will be rejected.

Tevez’s nefarious puppetmaster Kia Joorabchian has gone on record as saying a deal to take his client back to Sao Paulo is ‘close’ and that ‘everyone is working to make this happen’ – everyone, you assume, except City themselves.

Given that Tevez is genuinely one of the best strikers in world football, you could argue that £35 million falls way short of his true value (City apparently want £50 million), but what price would Sheik Mansour and co. put on being able to flog a highly sought-after, resolutely unhappy and perennially want-away asset to a club on the other side of the world – i.e, a club where Tevez will theoretically never be able to come back and ‘bite their arses’, so to speak?

They could spend the entire summer holding out for £50 million, but City must also mull over the fact that sacrificing £15 million (after all, what’s £15 million to the bods in charge at Eastlands?) in order to keep Tevez out of the hands of your nearest rivals/Europe’s elite may actually represent just as-good-a deal.