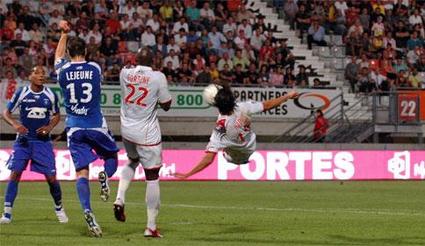 It has been a busy week in Ligue 1. Most teams have played two games, managers have jumped ship and obese Dutch journeymen have been signed. At the top of the table Nancy still lead the way despite having played a game less than most of their nearest challengers. A couple of the surprise early pacesetters have started to drop down the table but with Lyon, Lille and Marseille outside the top eight, it is still not Ligue 1 as we know it.

Off the field, under-fire Lens boss Guy Roux quit at half-time during their defeat to Strasbourg. The club is third-from-bottom with two points from their first four games. Meanwhile, Lille have decided the solution to their problems is signing professional laurel-rester Patrick Kluivert. I was going to suggest this link for Patrick, but it seems one Lille nightclub already has a statue up in his honour! 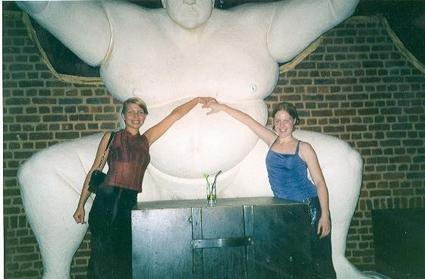 Le Mans’s Daisuke Matsui scores a spectacular goal but at the expense of revealing his love of Riverdance to his team-mates.