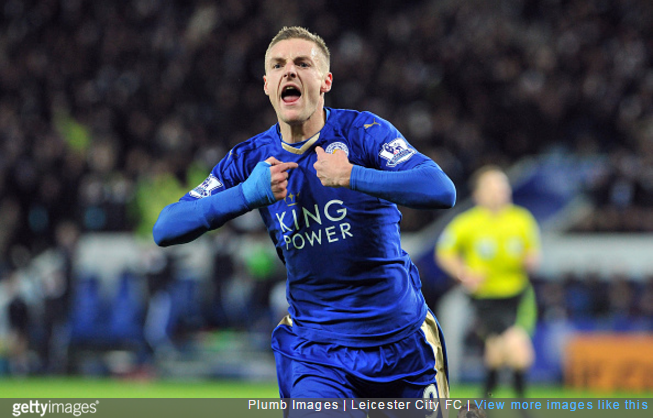 Given that he was plugging away in the non-leagues with Fleetwood at the time, you’d be hard pressed to find many folks who foresaw Jamie Vardy’s incredible ascent to the top of the Premier League goalscorers chart four years ago.

However, one fan had the gumption to stick their neck out and earmark Vardy for big things in January of 2012 by issuing a pre-emptive Tweet that has since been receiving a shed load of belated attention for obvious reasons.

Now, admittedly, it’s not the most nuanced or detailed prediction of things to come we’ve ever seen – but still, it doesn’t look like a bad shout in hindsight…

Kudos sir. Help yourself to a complimentary lollipop from the basket.

However, as the universal laws of football predictions state: for every spot-on call there is are roughly 2,500 equal and opposite terrible ones.

Step forward Exeter City fan Jack Nex, whose incredulous assessment of Vardy’s big money move to Leicester in May of 2012 has also been dredged up from the deep, dark Twitter annals…

Leicester have signed non-league striker Jamie Vardy for £1m. What has football come too. Jesus Christ!!

At least he took the ridicule with good grace…

Phew, I’ve discovered how to turn notifications off. Didn’t want to have to delete it, it’s a fine achievement! 😂 #ChiefScout

Let that be a lesson to you people. Never predict anything on the internet. The odds just aren’t in your favour.