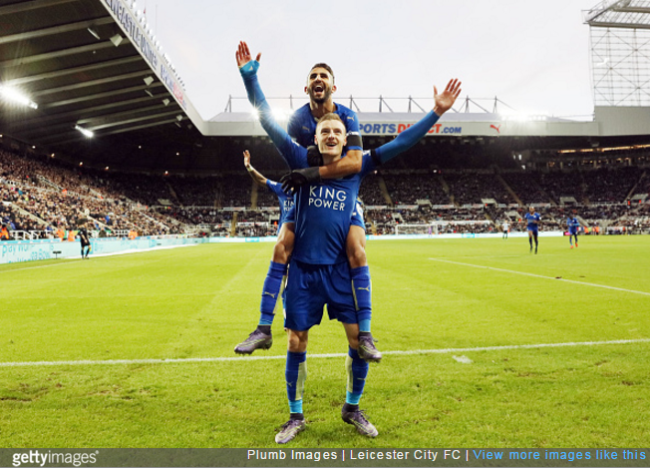 One plucky Leicester City fan looks all but set to receive a timely Christmas windfall after sticking a speculative fiver on the Foxes being top of the league this Christmas.

The bet was placed just a few days before the start of the season. As things stand, Leicester need to keep themselves at the summit for just nine more days for it to pay off…

With Claudio Ranieri’s mob two points clear at the top as things stand, if they manage to beat Everton this weekend then the punter’s wager will automatically land him a nifty £5,000 return.

A draw at Goodison means Leicester would need any result other than an Arsenal win in the Gunners’ game against Man City on Monday night to still be top come the 25th December.

If Leicester lose against Everton, nothing but a draw in the Arsenal-City game will suffice.

We reckon it’s about to get a little fraught in the Kirwaan household over the next few days.