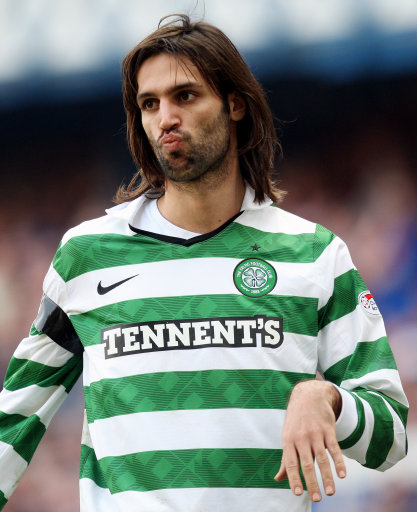 With Rangers banished from the SPL, poor old Celtic must be feeling rather lonely in the top tier of Scottish football. However, the Champions League does offer Neil Lennon’s side a chance to go face to face with some of Europe’s big-boys, should they make it through the tricky qualifiers.

Well, in Sweden on Tuesday night, the Hoops battled hard against a decent Helsingborgs side to give them selves a great chance of making it to the Champions League proper, courtesy of a 2-0 away win.

Kris ‘with a K’ Commons (after just two minutes) and Greek Adonis Georgios Samaras were the goalscorers for the Scots, who return for the home leg next week with two away goals to their names. Another decent performance at Celtic Park and the Hoops will be into the Champions League Group Stages. Hurray!