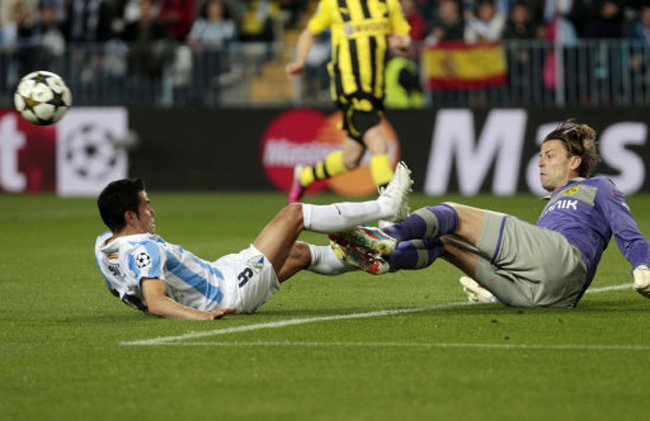 Borussia Dortmund failed to net a precious away goal at La Rosaleda on Wednesday night despite creating numerous gilt-edged chances.

Scheming starlet Mario Goetze was one of the main culprits for the Black Yellows, fluffing his lines on a couple of occasions when he should have scored.

The Spaniards worked hard to negate Dortmund’s attacking flair, although they also created a few decent chances themselves, with Welington and Isco going closest for the home side.

Jurgen Klopp’s much-praised side still have it all to do in the return leg.