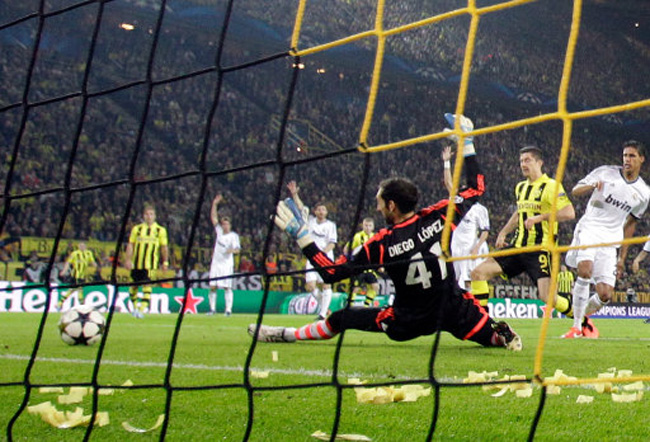 Polish striker Robert Lewandowski was the star of the show for the Germans, netting all four goals as the home side bossed and bullied their more illustrious opponents.

Lewandowski opened the scoring after just eight minutes, firing home after a peach of a cross from Munich-bound Mario Goetze but Cristiano Ronaldo levelled the scored just before half-time. The Portuguese superstar’s goal came after Dortmund had a solid shout for a spot-kick but ultimately it would prove unimportant.

After the break, Jurgen Klopp’s men came out all guns blazing, netting another three goals, including one from the penalty spot, to give themselves a wonderful chance of making it to Wembley.

I’m not convinced by all this ‘balance of power’ talk, mind, as Real for one have been anything but a force in Europe in recent years. Still, an all-German final would be a fine spectacle indeed.