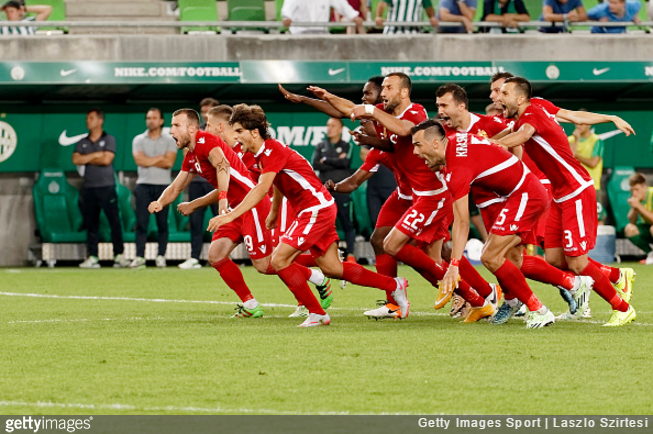 They only found their way into the Champions League draw because Albanian champions Skenderbeu were expelled for match-fixing, but last night Partizani Tirana beat Hungarian side Ferencvaros by way of a topsy-turvy penalty shoot-out to book themselves a berth in the third round of qualifying.

After the second leg saw both team level-pegging 2-2 on aggregate after 210 minutes of football, the tie went to penalties in Budapest.

Partizani goalkeeper Alban Hoxha was the hero, with the stopper opening the shoot-out by scoring a delightfully nonchalant panenka past his opposite number before saving three of Ferencvaros’ kicks (including one from ex-Fulham man Zoltan Gera) to send his side through.

Not a bad night’s work, as it happens.