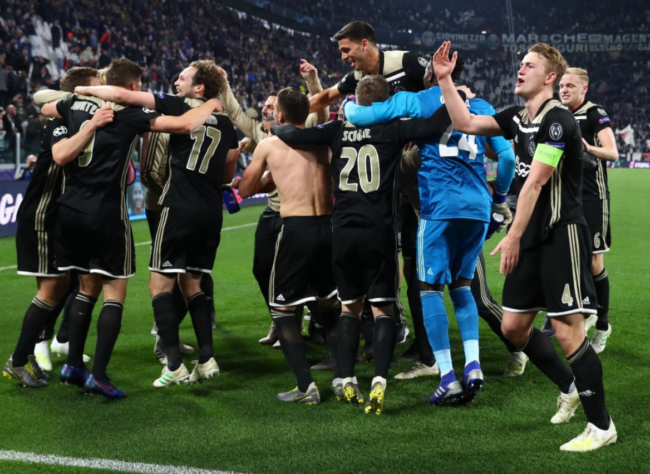 You probably can’t name their coach but AFC Ajax are into the Champions League semi-finals after putting paid to Juventus on Tuesday night.

Goals from Donny van der Beek and Matthijs de Ligt saw Ajax snatch a 3-2 aggregate win in Turin, taking the Dutch side through to the semis for the first time since 1997…

To that end, 2018/19 will also be the first time Cristiano Ronaldo hasn’t featured in the final four of a Champions League for nine years

You may recall that Juve invested €100million in acquiring the 34-year-old from Real Madrid in a calculated move to bolster their chances of conquering their ‘always the bridesmaid’ curse and actually winning the Champions League. Shame.

After being sent tumbling by Daley Blind and his rag-tag group of academy graduates, the Portuguese forward will miss out on the semis for the first time since 2009/10.

With Ajax and Barcelona sailing through in style, it’s nice to see Johan Cruyff’s legacy all over the latter stages this season.