Inter Milan ‘keeper Julio Cesar was so upset about gifting Mario Gomez a last-minute goal in the Nerazzurri’s 1-0 home defeat to Bayern Munich on Wednesday night that he left his car in the Giuseppe Meazza’s vast underground carpark and walked home instead.

Both Inter coach Leonardo and owner Massimo Morratti were quick to absolve the Brazilian of any blame for the Italian side’s aggregate short-fall (it was only the first-leg after all!), though it seems their consolatory words fell upon deaf ears.

According to stories emanating from the Italian press, Cesar was so distraught after he fumbled Arjen Robben’s low, 90th-minute shot directly into the path of Gomez that he couldn’t face being stuck in the post-match traffic alone with his thoughts.

As always, Gazzetta dello Sport’s write-up of the incident was a thing of sheer poetic beauty:

“Into the dressing room, on an evening that had suddenly become swarmed with demons, his brief purgatory before a night of hell spent battling his own remorse.

“Back to his house, where he sought a quick refuge, so desperate was he to reach that small corner of paradise that he abandoned his car deep within the abyss of the San Siro and walked – through crowds of people but alone, just him and his thoughts.” 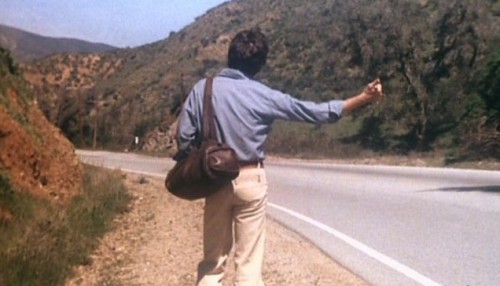 Just think – if Rob Green was that melodramatically inclined, he’d have been dredged from the bottom of a river by now.