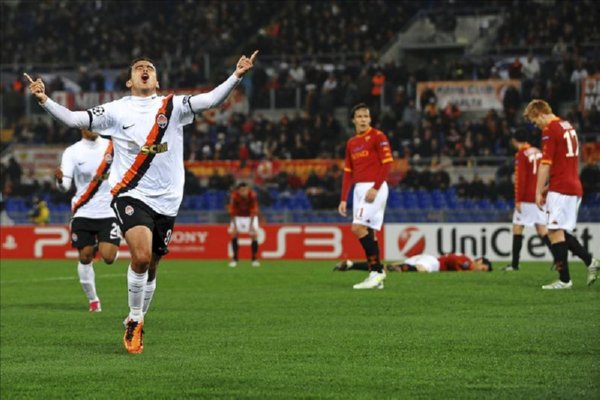 Ever since the result of the draw for the quarter-finals of the Champions League seeped through the walls of Sepp Blatter’s underground, gas-lit grotto and into the waking world a fortnight or so ago, I’ve been desperately trying to coerce myself into breaking the non-habit of a lifetime, spit in the face of my borderline poverty and have a bit of a flutter.

Being the of the distinctly namby-pamby persuasion, the thought of trying to pull off a convincing ‘I do this all the time’ act at the bookies seemed beyond my admittedly limited range, so I’ve taken to the internet post-haste(ish) and placed a bet online with BetUS.

It may well have taken twelve heady days of ludicrously convoluted self-reasoning, and the wager may look faintly ridiculous when viewed in black and white (Shakhtar Donetsk to win the UEFA Champions League 2010/11, £10 at 40/1) but, you see, despite the fact that Shakhtar got landed with the draw that no-one wanted, Barcelona, I just…well, I just fancy them.

Call it dark-horsery if you will, but Shakhtar’s unique division of footballing duties (flighty Brazilians for attacking purposes, stoic Europeans for defensive chores) has, particularly over the course of this season, convinced me that they have what it takes to hold out in the Camp Nou then roll over Pep’s men back on their own, partially-frozen patch – especially after witnessing their two-leg evisceration of Roma in the previous round.

We’ve seen Barca falter in Eastern Europe before, with a pair of drab displays against Rubin Kazan over the past couple of campaigns lending tongue-in-cheek credence to the ‘Pulis-ism’ that Lionel Messi and his ilk simply can’t come up with the goods on a wet Wednesday in sub-Arctic Russian climes.

Of course further, possibly Tottenham-shaped obstacles lay in wait should the Ukrainians successfully fell the reigning champions in the last eighth, but a considerable victory over Barca may just produce enough momentum to help bowl them on to Wembley.

And anyway, if the bet comes in, I reap a healthy wodge and the rent’s sorted for the next couple of months.