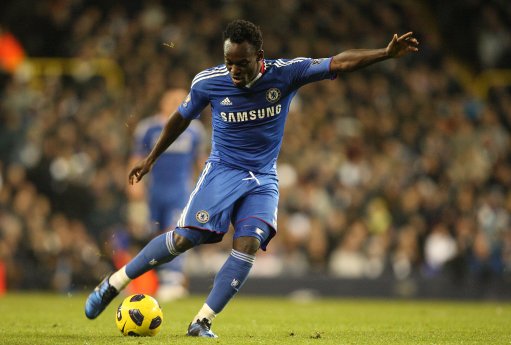 Chelsea’s erratic first half of the 2011/12 campaign may have all but ended their title dreams, but the news that Ghanaian midfield supremo Michael Essien is back in action will surely give AVB and his army of Blues’ fans a right old boost.

The 29-year-old has been out of action since July, when he underwent surgery after banjaxing his right knee in pre-season training. But now, the all-action, tough-tackling, goal-scoring machine is on the mend.

Essien played 75 minutes of the second string game against West Bromwich Albion, and made it through unscathed as the Blues lost 3-2.

With Jon Obi Mikel struggling to stamp his authority on the Blues’ midfield this season, young Spaniard Oriol Romeu has been a regular (and impressive) starter in the holding midfield role. However, having the experienced Essien back will give AVB’s side that added bit of nous as the business end of the season approaches. Also, Essien has missed out on the African Cup Of Nations so may be available sooner rather than later.