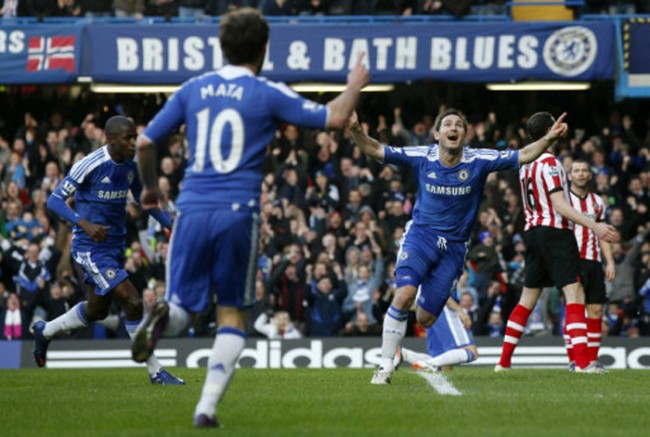 Ghanaian midfielder Michael Essien returned to first team duty for Chelsea against Sunderland on Saturday, making a welcome substitute appearance after missing the first half of the season with a cruciate ligament injury. However, it was his fellow midfielder Frank Lampard who once again proved to be the Blues’ saviour.

The England man netted after just 13 minutes, bundling home the ball after Fernando Torres’ superb volley had cannoned back off the woodwork.  However, despite their good start, Chelsea couldn’t add to the score against a Sunderland side superbly organised by manager Martin O’Neill.

Indeed, while the Blues spurned a number of chances to double their advantage, the visitors should have got themselves on the scoresheet, with Craig Gardner, James McLean and Nicklas Bendtner all missing great opportunities to find the back of the net.

Spaniard Torres once again failed to score, but he delivered a valuable performance up front for the Blues and is slowly starting to rediscover at least some of his form.

While Andre Villas-Boas’ Chelsea side move to within six points of third-placed Spurs, the Black Cats find themselves in mid-table, with the spectre of relegation starting to fade under O’Neill’s new regime.