This has just hit Twitter, a photo of what is supposed to be Andres Villas-Boas’ tactics/teamsheet for Chelsea’s Champions League tie against Napoli in six hours time that was apparently found by an Italian journalist having been left in Chelsea’s team hotel, The Vesuvio, this afternoon… 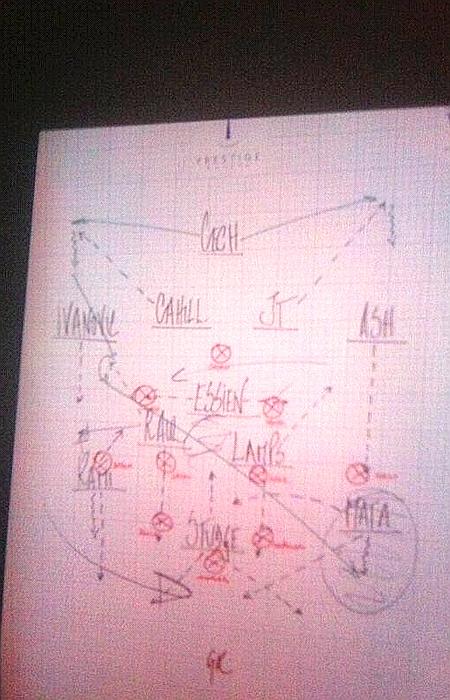 Secondly, we’ve no idea if it’s legit or not (seems overly careless on AVB’s part if so), but it looks as though Terry’s back at the back and Essien ushered back into the middle, with Drogba left out to make way for Daniel Sturridge to play in his favoured No. 9 position with Mata and Ramires outside him.

Guess we’ll find out in six hours’ time. Unless it’s all a cunning bluff, of course!