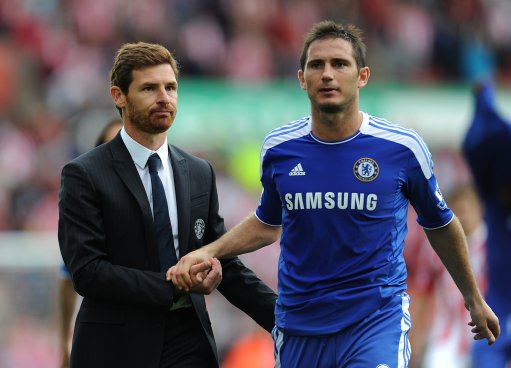 It’s pretty apparent that much of AVB’s current problems at Chelsea are connected to the Blues’ old guard of Lampard, Terry, Cole and Drogba. Arguably, if the Portuguese tactician is to fully implement his plans to move Chelsea forward in his own image, then getting rid of those ageing stars could well be key.

Recently, Lampard publicly described his relationship with AVB as having “‘not been ideal”. However, ahead of the Blues’ tricky away fixture at West Brom on Saturday, Villas Boas has dismissed the need for making-up with Lampard.

“We are not married to each other! ‘It’s just a manager-player relationship in the end. Frank’s words are genuine. They are genuine from a player that has a reflection of a relationship between us. For me, it’s fine, I have no problems with it.”

“‘I have to choose the team and I try to choose the best team for every single game. It hasn’t involved Frank a couple of times but it doesn’t mean I have a personal problem with him.”

“His own interpretation of the relationship is his own but I have no problem with it and I explained it to him. They are decisions I have to take for the benefit of the team, always.”

Is this really what AVB thinks of Lamps? One imagines that, in reality, he can’t wait to see the back of those players at the club who seem to have a little but too much power. However, will the former Porto man himself go before them?