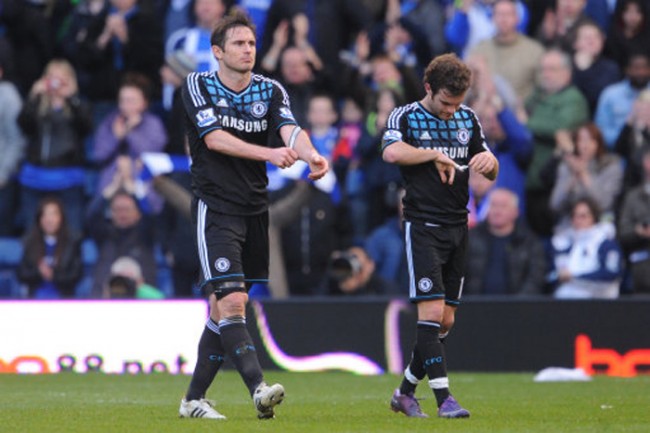 An away fixture against in-form West Brom was always going to be a tricky affair for AVB and his misfiring Chelsea side, but the mediocre performance produced by the visitors was still somewhat surprising.

The Baggies had scored a total of nine goals in their two previous league games and were full of running from the start, with Chelsea’s midfield (with Frank Lampard back in the side) struggling to match their less glamorous opponents.  However, Daniel Sturridge spurned two gilt-egded chances to score, one on either side of the break, which should have put the Blues well ahead.

The Baggies pushed on in the second-half and started to test Petr Cech in the Chelsea goal with a number of decent efforts, with Marc Antoine-Fortune and Youssouf Mulumbu going close.  Indeed,  the visitors looked increasingly vulnerable as the game wore on and, with just eight minutes left on the clock, centre-half Gareth McAuley fired home from close-range after the Blues failed to clear a corner.

The Blues rallied to find an equaliser late on but ultimately Roy Hodgson’s men got the result they deserved. As for the under-pressure AVB, his side are now three points behind fourth-placed Arsenal and losing confidence by the week.