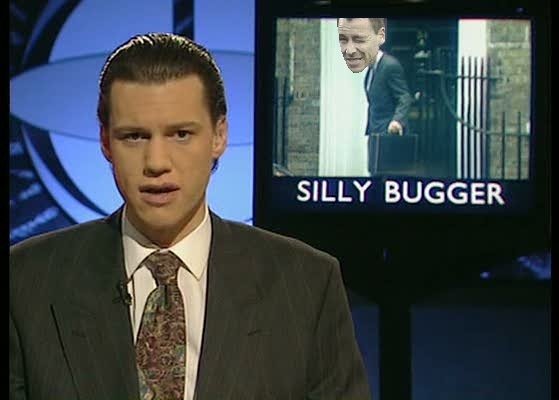 As anyone who has been following the various nattering going on over in Westminster Magistrates’ Court since yesterday morning (it’s basically just a non-stop cavalcade of asterisks) will already be well aware, the John Terry-Anton Ferdinand race trial is pretty much playing out like a headmaster trying to eek the truth out of two bickering 14-year old lads who were caught fighting in the playground at lunch time: ‘He started it’, ‘yeah, but he called me a knob’, etc ,etc.

Now, we shouldn’t forget that at the crux of the whole furore is a potentially serious nugget of something or other, but it’s all so ludicrously childish – laughably so at times. Basically, it’s a circus act which essentially boils down to incredibly serious, professional people; judges, barristers, jurors, lawyers; calling each other ‘f**king black c**nts’ over and over again with ne’er a smile upon their faces.

Indeed, the judge asking Terry’s character witness, one Ashley Cole, to actually say the word ‘cunt’ in the dock instead of merely spelling it out earlier today is on the brink of being a satirical pearler.

Shortly before claiming to ‘always remain calm in big matches’ (Alexis Sanchez may beg to differ), Terry himself was pressed into attesting in a court of law that he heard 40,000 people chanting that ‘his mum loves Scouse cock’ then reluctantly explaining to the court that she had been dating a man from Merseyside at the time. “Let the record show that the defendant’s mother does indeed favour the Liverpudlian appendage.”

It’s gold dust. It’s too good. It can’t be real. For Christ’s sake, just look at what poor Brian Swanson had to report in to Sky Sports News for their afternoon bulletin yesterday with his big, serious face…

We’re past the point of stupidity. Stupidity is now just a dot in the rear view mirror.