John Terry has used his Instagram account to fess up to his rampant captain’s armband fetish, saying: “I save all my Captains armbands from every game I play in. This is a small collection.”

Admitting you have a problem is the first step John. Baby steps buddy, baby steps.

So this is just the tip of the iceberg? Damn impressive – though not as impressive as the little plaggy basket (just off screen) that he obviously keeps them all in… 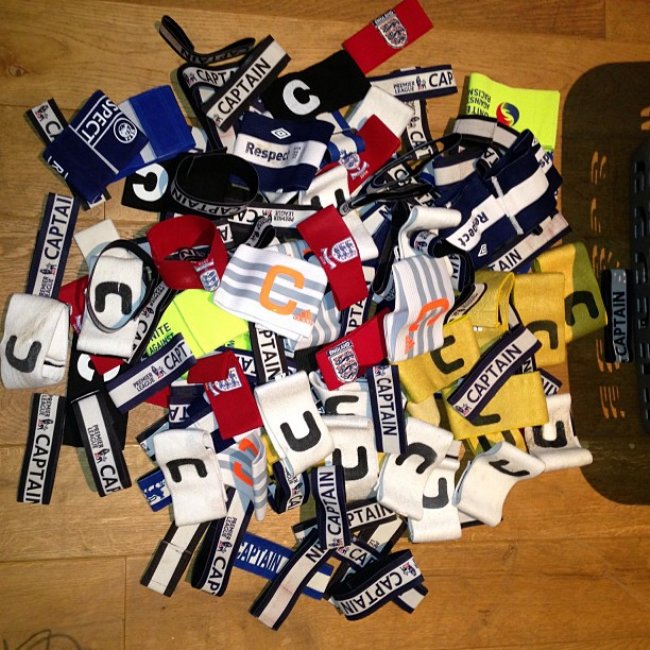 Say what you will about the man, but as mementos go you’ve got to admit that Terry’s collection is pretty gosh darn cool.