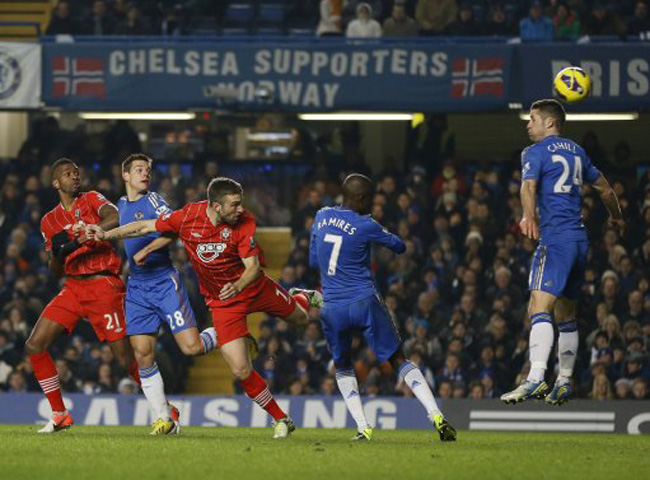 Chelsea failed to close the gap on the top two at a chilly Stamford Bridge on Wednesday night, with visitors Southampton securing a surprise 2-2 draw.

The Blues looked in control in the first-half, with Demba Ba already looking settled in his new home, netting the opener on 25 minutes courtesy of a deflected effort. Then, just before the break, Eden Hazard doubled Chelsea’s advantage after Brazilian Ramires had hit the woodwork.

However, in the introduction of Rickie Lambert early in the second period changed the game, with the striker heading home from a Nathaniel Clyne cross just before the hour-mark.

Left-back Luke Shaw, reported to be a target for Chelsea, then set up Jason Puncheon, who headed home to level the scores.

Rafa Benitez duly sent on Fernando Torres for Frank Lampard, a decision which didn’t go down too well with the Stamford Bridge faithful, but ultimately, the west Londoners couldn’t get the win.

That superb result for the Saints sees them go three points clear of the drop-zone while Chelsea fail to close the six-point gap on Man City.