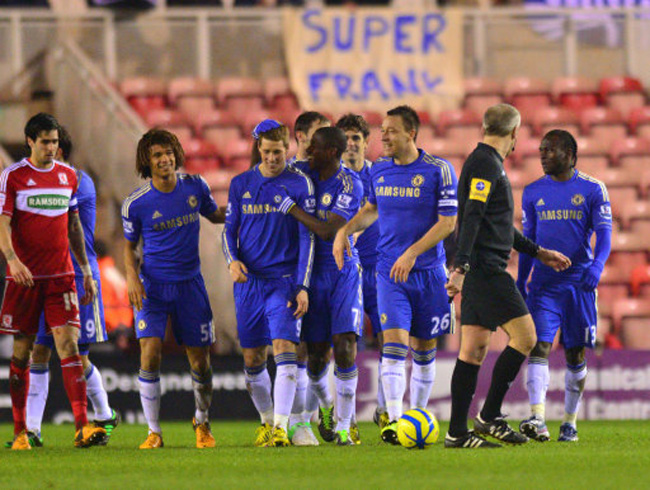 Chelsea eased into the last eight of the FA Cup courtesy of a comfortable win against Middlesbrough.

John Terry was back in the Chelsea side but it took the Premier League club until just after the break to finally open the scoring, courtesy of Ramires, with his shot hitting Fernando Torres on the way in.

On 73 minutes Victory Moses doubled his side’s advantage after some good work from sub Eden Hazard and that was that.

The home side did do their best to salvage something from the game but failed to take any of the chances they created late on.

‘Boro go out and the Blues march on to the last eight where they’ll meet Man Utd. What a game that should be!