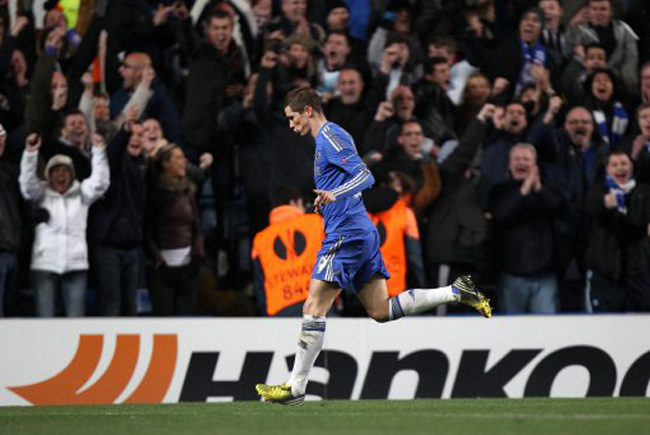 Fernando Torres finally gave the Chelsea faithful something to cheer about after what has been a season full of glaring misses, miskicks and lethargic performances for the Spaniard.

Torres’ tie-winning goal came on 71 minutes, with the aggregate score poised at 2-2. The wonderfully consistent Juan Mata had opened the scoring for the Blues on the half-hour mark after some nice interplay with Ramires. However, a goal from Vlad Chiriches on the stroke of half-time left the Premier League side needing two goals to go through.

After the break, John Terry, back in the side again, headed home from a Mata free-kick before the much-maligned Torres fired home the vital goal late on.

There was still time for Torres to miss a penalty, hitting the crossbar in a nice reminder of how poor his season has been, but the Spaniard still finished the game as the match-winner. And good luck to him.

As for Rafa Benitez and the Blues, for all the discontent from the fans, they are still in with a very decent shout of two trophies and a top three finish, which doesn’t sound too bad to me.