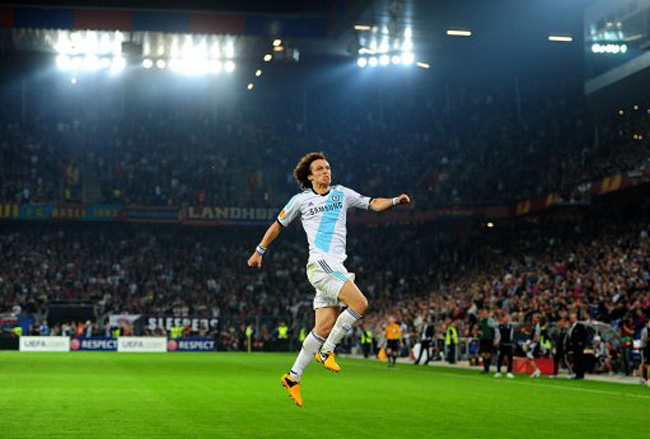 Chelsea should really have won this game by more goals after producing an impressive display in Switzerland.

Victor Moses was a livewire in the first-half and was rewarded for his good play with a goal, albeit one he knew little about, when Frank Lampard’s corner hit off the Nigerian wideman and ended up in the back of the Basel net. That goal came on 12 minutes but despite creating the better chances, the Blues failed to build on that lead in the first period.

After the break, the home side pushed for an equaliser and eventually got what they wanted, but only after Cesar Azpilicueta was bizarrely judged to have fouled Valentin Stocker in the Chelsea box. Fabian Schar converted the resulting spot-kick to set up an exciting finale. That goal had come after both Basel and Chelsea (courtesy of Fernando Torres) had hit the woodwork.

With the game headed for a draw, Brazilian loon David Luiz saved the day for the Blues when, with the last kick of the game, his free-kick somehow beat Yann Sommer. Although minutes before, Luiz really should have seen red for a horrible high challenge.

Still, Rafa’s men march on with a place in the final now looking very likely.