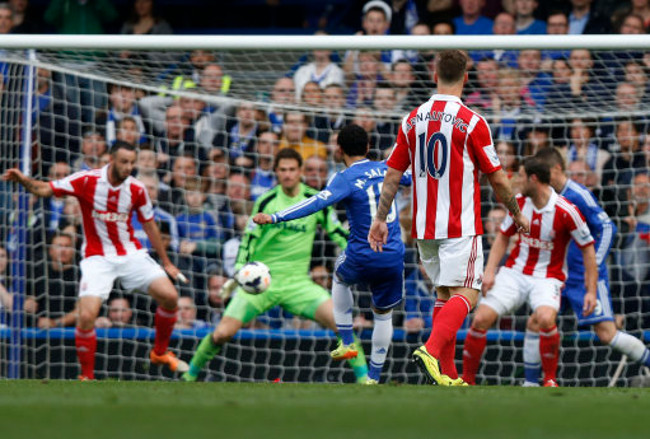 Egyptian attacker Mohamed Salah was the star of the show for Chelsea on Saturday, netting one and being fouled before Frank Lampard netted another from the penalty spot. Despite resting Eden Hazard and Oscar, Jose Mourinho oversaw a very good attacking display with Willian impressing in the no. 10 role, a performance which culminated in a superb curling goal on 72 minutes. Stoke, on the other hand, were below-par throughout.

Chelsea go top, at least until Liverpool play, while the Potters stay in mid-table.