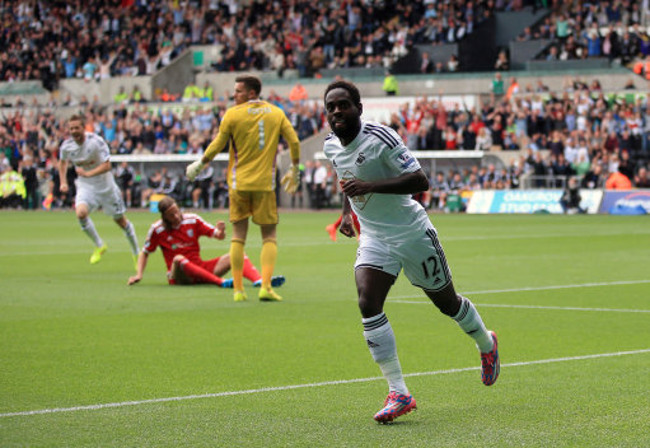 Garry Monk’s Swans kept alive their 100% record in the Premier League with a comfortable home win against West Brom.

Speedy wideboys Nathan Dyer and Wayne Routledge had the hosts 2-0 up by the break with Dyer making it 3-0 in the second period. Alan irvine’s Baggies struggled to create any chances in the game, although Stephane Sessegnon did hit the frame of the goal late on. However, overall this was a well-deserved win for the Welsh side who are kept off the top of the table courtesy only of an inferior goal difference to Chelsea.