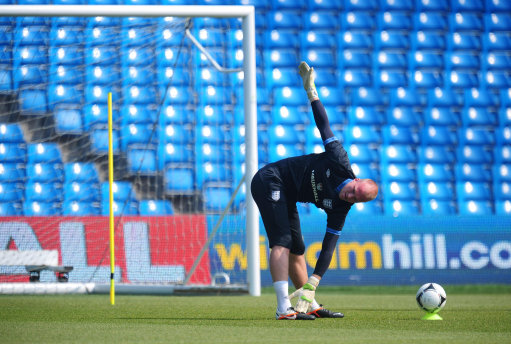 Oh cruel fate, how thy mock. John Ruddy has been ruled out of Euro 2012 after breaking a finger during England’s training session at the Etihad yesterday, with 19-year old Birmingham ‘keeper Jack Butland now set to join the England squad in his place.

Not that we were under any illusion he was going to play in Poland and Ukraine, but Ruddy’s form throughout 2011/12 definitely merited a place at a major tournament. It’s just a damn shame is what it is. At least the marriage is back on, assuming it’s not his ring finger that’s gerbrochen.