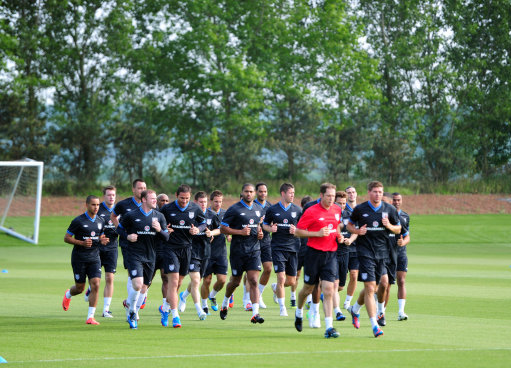 Today saw  all of the squads for the forthcoming Euro 2012 extravaganza released. As well as confirming their 23-man outfit, England also released the squad numbers to the press and public.

If we were to see the numbers 1-11 as an indication of Roy Hodgson’s prefered first-choice side, then the former West Brom boss is planning to break with convention and actually play Frank Lampard alongside Steven Gerrard in central midfield, with no room for the more defensively-minded Scott Parker. Intriguing to say the least, particularly as it suggests a more traditional 4-4-2, maybe with Rooney (when available) playing behind Andy Carroll? As for what it says about England’s first two Rooney-less games, I’ll leave it up to you to consider that one!