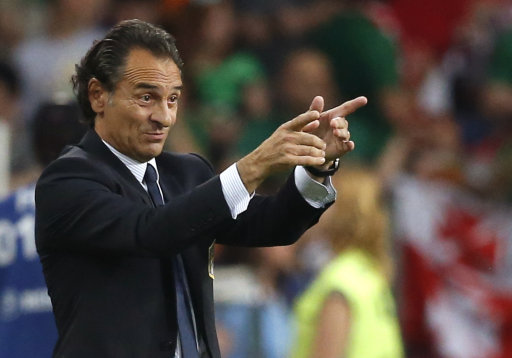 While the rest of the world was sleeping in the wee small hours of Tuesday morning, Italy coach Cesare Prandelli was already a fair few klicks into a 21km hike to a monastery on the very outskirts of Krakow.

Prandelli previously promised the monks at the Camaldolese Priory, who originate from the Camaldoli mountains in Italy, that he would make the three-and-a-half hour journey should the Azzurri make it through to the quarter-finals unscathed and, true to his word, Prandelli – along with his backroom staff and FIGC vice-president Demetrio Albertini – left the Italian training base in Wieliczka at 3:00 am (just a few hours after beating Ireland in Poznan) and set out o’er the hills on foot.

An FIGC statement revealed Prandelli’s pilgrims “had to deal with jokes from the players, who all went off to bed” before returning from the monastery four hours later at sparrow fart by car.

Car? That’s hardly what the little baby jesus would’ve wanted now is it?