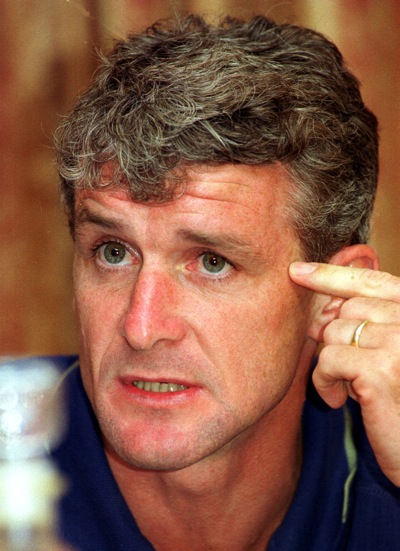 This picture can only be used within the context of an editorial feature. Southampton and ex-Manchester United player Mark Hughes at a press conference at Grand Harbour Hotel, Southampton, on his appointment as the Welsh National football team manager. * Hughes is taking over as manager of the Welsh team for the next two games.