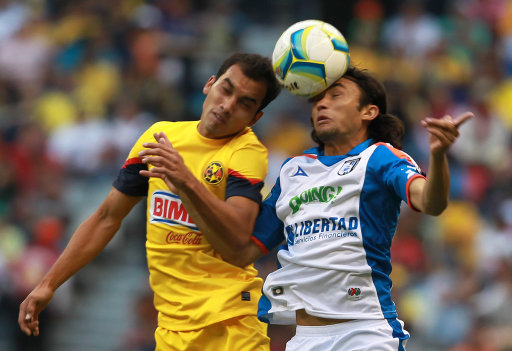 What do you do if you’re the head of a gigantic marine engineering company and a seafood conglomerate and the Mexican first division football club you own happen to find themselves relegated into the obscurity of the second tier? Exactly, you pool your resources, buy a shiny new club 1,000 kilometres down the road and submit your application to move the damn thing across the country to replace your old, broken toy.

That’s exactly what is happening over at Queretaro FC at the moment. The White Roosters were jettisoned from the top tier of Mexican football back on 4th May, but owner Amado Omar Yanez was quick to set the wheels in motion in an attempt to being top flight football back to the city – using his Grupo Delfines seafood company to buy a controlling stake in Jaguares de Chiapas (who have been struggling with low attendances and rickety sponsorship deals of late), a club based some 1,045km away in Tuxtla Gutierrez.

Just 16 days after seeing Queretaro FC get relegated, Yanez also filed an application with the Mexican Football Federation (FEMEXFUT) to move the Jagaures franchise to the city of Queretaro. The application, as far as we can fathom, has been accepted.

So, as of next season, both teams will continue to play in the same city, Jaguares in the first division and Queretaro FC in the second.