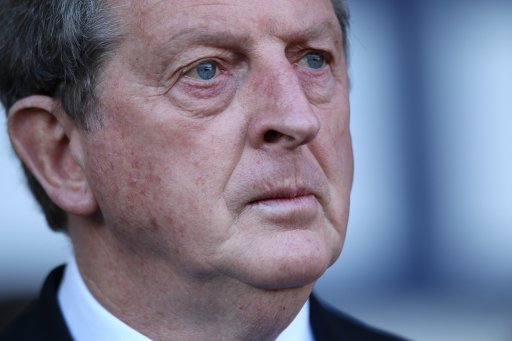 Here we are people, a little later than planned but we got here all the same.

Despite the desperate clamour from what appeared to be all quarters for the FA to give their top job to English football’s preeminent trucker tanned chirruping Coken Ey sparrah, it would appear that Roy Hodgson is their first choice to take the England job – so much so, in fact, that they’re interviewing him/have interviewed him at Wembley this very day.

West Brom cleared the way for FA Chairman David Bernstein to carry out preliminary talks with Hodgson on Saturday afternoon and the Baggies manager is believed to have mulled over the option with the FA’s four-man advisory panel (Bernstein, FA general secretary Alex Horne, Sir Trevor Brooking and Club England’s Adrian Bevington) with a decision set to be made ‘in the next 48 hours.’

According to several well-placed sources, Hodgson is likely to be signed up on a long-term basis, i.e, signing up for the next three major tournaments (including Euro 2012) – a contract which will run up to some point shortly before his 69th birthday.

A by-product of Hodgson’s imminent appointment of course will be the cruel overlooking of one Henry James Redknapp – much to the dismay, you’d have to fancy, of vast swathes of the national press if their almost blanket infatuation with him since Capello walked is anything to go by. 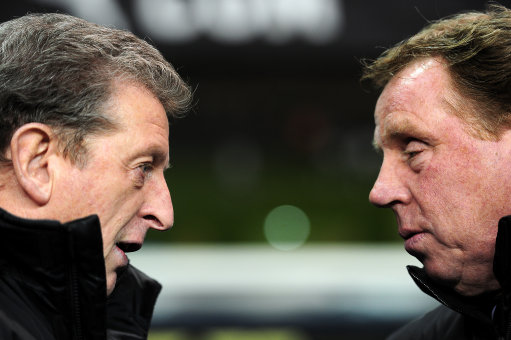 It would appear that Hodgson is set to continue his little knack of landing himself a good job in thankless circumstances. It’s hard to argue that he doesn’t deserve a crack at the England job, though it’s equally easy to forsee it all going pear-shaped through no obvious fault of his own at some point in the probably-not-so-distant future.

Much as he suffered at Liverpool for the largely inescapable fact that he wasn’t Kenny Dalglish, it seems that the baying press hordes may already have an excuse to undermine Roy’s tenure – he ain’t ‘Arry. We’ll have to see how that one pans out.

Whereas had media darling ‘Arry failed to noticeably improve things at International level, the players themselves may have finally been bought before the beak,  if it all goes tits up under Roy then we’ll probably just be treated to yet another entirely disrespectful character assassination by the journalists of this fair, scepter’d isle. Such is the way it tends to work with England.

Speaking of Redknapp, he’s already wished Hodgson well in his new venture, telling anyone who would listen that he ‘doesn’t hold grudges’, that he ‘hopes Roy does well’ – which, more than anything, gives the impression that he obviously thought he was going to be walking into the job when the time came.

Sadly for him, it looks like the FA plumped for the cheaper option. Redknapp would’ve cost somewhere in the region of £10 million to jemmy from Tottenham; Hodgson’s a free agent come June 30th.

Lastly, we sincerely hope that this doesn’t give rise to the same ‘best manager England never had’ garbage that has been used to butter Brian Clough’s parsnips ad infinitum from about 1977 onwards.

What say you Pies fans? Right choice? Good choice? Couldn’t give a monkey’s? Please keep try and Paul Konchesky jokes to a minimum…