If you, like us, are planning to have a stab at a Fantasy Football game o’er the course of Euro 2012, feel free to have a butcher’s at our tips for a winning XI (price permitting of course!)… 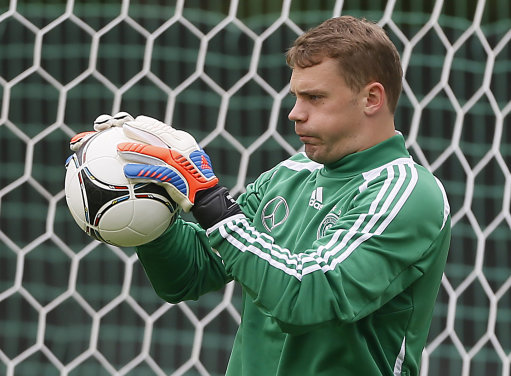 Manuel Neuer (Germany): Likely to be slightly cheaper than Casillas, Buffon et al despite being just as reliable. Fantastic shot-stopper and a dab hand where penalties are concerned too – whether required to claw them away or slot them effortlessly into the bottom corner. 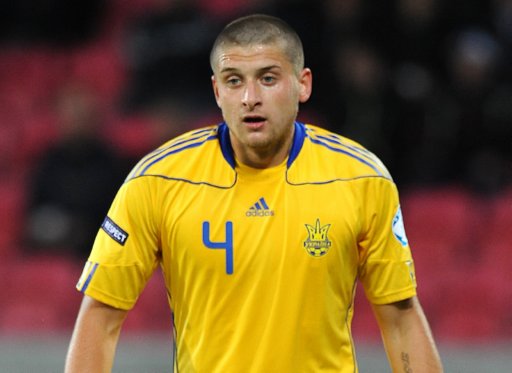 Yaroslav Rakitskiy (Ukraine): Promising young right-back who is ear-marked for bigger things after the tournament and who definitely isn’t shy about letting fly from distance. Rakitskiy might have a goal or an assist in him – which is always a good trait to have as a defender in fantasy football terms – without being a bank-breaker. 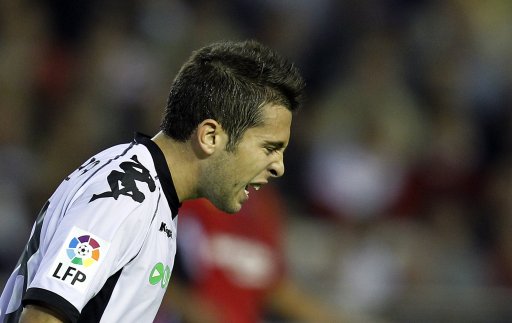 Jordi Alba (Spain): It’s worth cramming your defence with flying full-backs as they’re always liable to reap a few ‘bonus’ points from mucking in up the other end. Alba has taken over from Joan Capdevila at left-back for Spain and is blisteringly quick when darting up and down the flank. 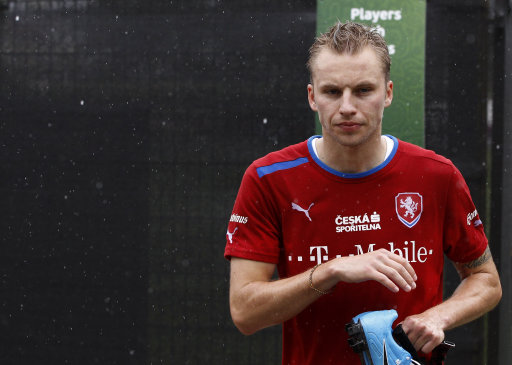 Michael Kadlec (Czech Republic): Not the prettiest peach in the punnet but the Bayer Leverkusen left-back scored four goals en route to Euro 2012. Yes, three of them were penalties, but he was still the Rep’s top scorer in qualifying. Just sayin’. 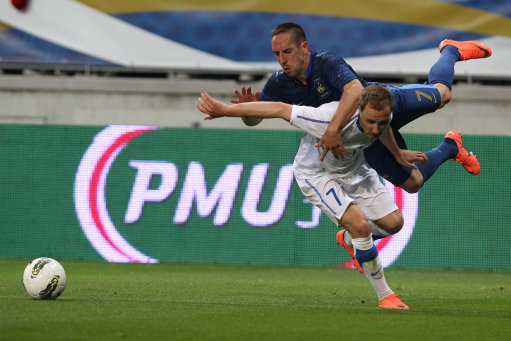 Franck Ribery (France): Ribery is flush with form coming into the tournament and, even more surprisingly, it looks like the rest of the France squad aren’t consumed with the fervent desire to tear his heart from his chest with their bare hands…yet. He’s likely to play off Benzema up top (the pair’s interchange for Ribery’s goal against Estonia was a thing of true beauty) and we all know just how slinky and devious he can be in and around the area on his day. 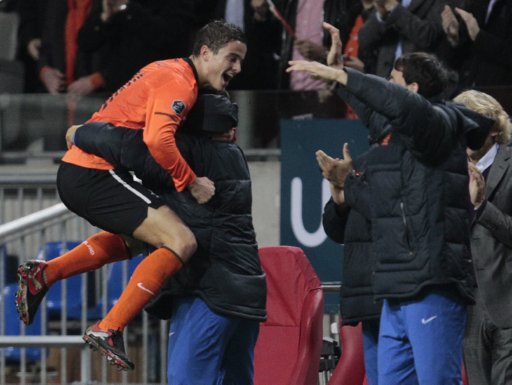 Ibrahim Afellay (Holland): Likely to save you a couple of million for use elsewhere, there is a gathering swell of anticipation over Afellay this summer – with people (including Pies) excited to see the Barca reserves’ best player stretch his legs on the international stage. Adept on either flank or through the middle, his talent isn’t in question – however, his inclusion in Bert van Marwijk’s first XI is. 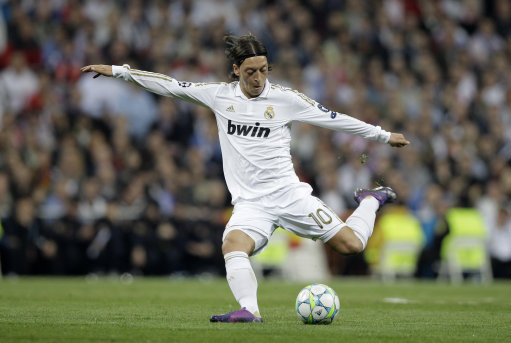 Mesut Ozil (Germany): Crafty, skillful, direct, intricate, at ease in front of goal; Ozil will be Germany’s main man moving forward at Euro 2012. There’s a fair wodge of pressure on him to perform but let’s be real, the guy’s day job is playing for Real Madrid so it’s unlikely to be a huge factor. 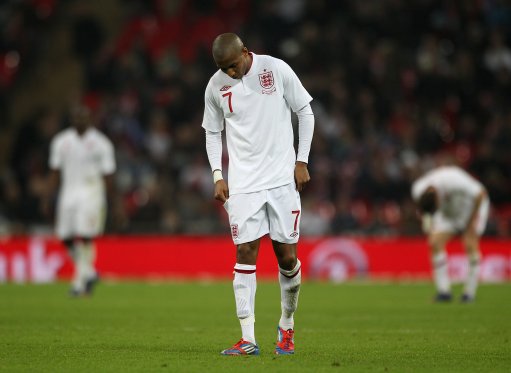 Ashley Young (England): If England are going to produce anything through open play, it’s fairly obviously going to come through Young. If, as the last decade would lead us to deduce, they are to rely solely on set pieces to create opportunities, then it’s more than likely going to be Young providing the assist. 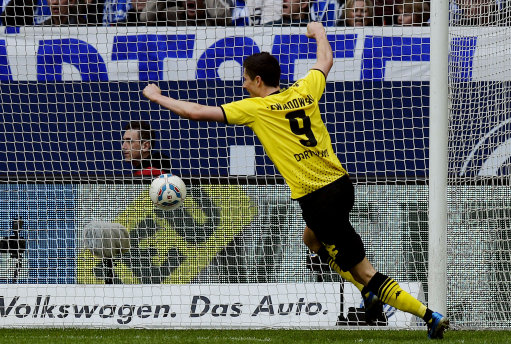 Robert Lewandowski (Poland): Cristiano Ronaldo will probably be included in 99.9% of fantasy football sides, but he’s always liable to no-show at international tournaments – becoming increasingly frustrated, stroppy and flaccid as the games pass by, perhaps rattling in a sole freekick from 50-yards. With Poland’s group in mind, Dortmund’s 30-goal hero possibly represents a better (and cheaper) bet for goals. 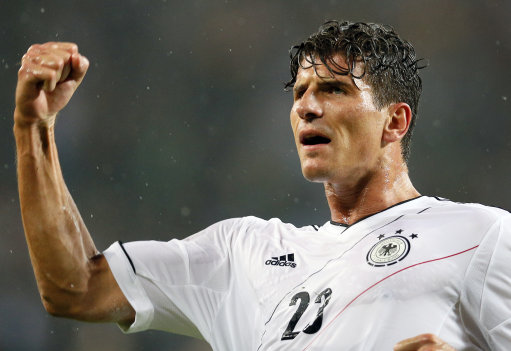 Mario Gomez (Germany): An utter donkey he may be, but Gomez also manages to be an utter donkey who’s somehow still good for 40-odd goals a season. Let’s face it; if he plays, he usually grabs a goal. However, he won’t come cheap and if you’re struggling budget-wise at this point, it’s perhaps worth noting that Miroslav Klose started most of Germany’s qualifying games and always does the bulk of his best work at major tournaments – even if he’s likely to be coming off the bench in Polkraine. 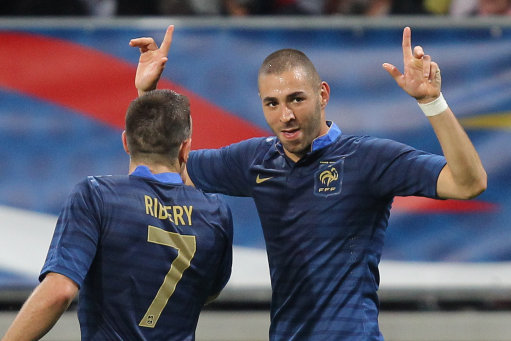 Karim Benzema (France): France’s Euro 2012 could go one of two ways: First, they could disintegrate before the first game in a maelstrom of pissy posturing – or – they could be absolutely scintillating. Assuming we’re treated to the latter, it’s a fair bet that an on-song Benzema will be applying most of the finishing touches. Benzema a smidge too rich for your pennies? Might be worth giving Klaas-Jan Huntelaar the once over then.

Agree/disagree with our picks? Fancy having a shot of your own? Go on then, we bloody well dare you (we’ve gone with a dynamic 3-4-3, but feel free to vary the formation)…