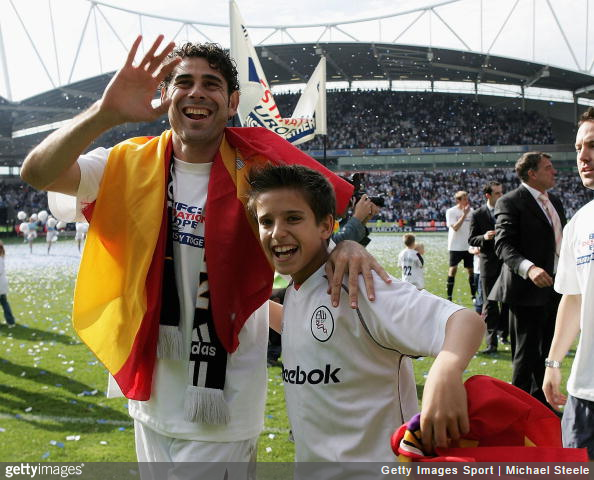 As part of Pies’ ongoing mini nostalgia-fest, we thought we’d follow up our compendium of elderly footballers still plugging away out there by cobbling together a list of some of the big names whose Premier League exploits may have slipped from your consciousness over time.

Let’s delve in, starting with the man in the photo above…

Fernando Hierro (Bolton): One of the most elegant centre-halves of all time, Hierro left Real Madrid after nearly 500 appearances and 14 years of peerless service to pursue a lucrative semi-retirement in the Middle East.

After less than a year out in Dubai, the 35-year-old Spanish veteran was tempted back to Europe by the promise of living and working in Bolton for 12 months, after which he retired properly.

Hidetoshi Nakata (Bolton): After many successful years in Serie A, Nakata joined Bolton on loan for the 2005/06 season as yet another member of Sam Allardyce’s post-millennial rolling cast of ageing foreign stars.

However, owing to a stymieing cocktail of advancing years and niggling injuries, the good people of the Reebok never quite got to see the best of a player widely regarded as the most technically adept attacking midfielder Japan have ever produced. 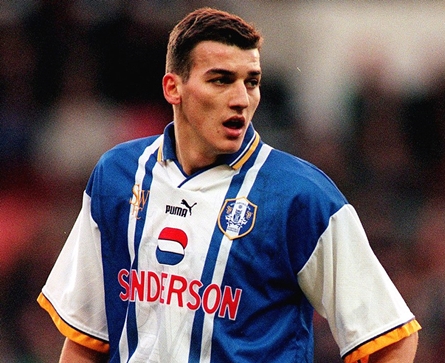 However, the Yugoslavian (as was) striker moved onto to Real Sociedad where he duly delivered on his early promise at Red Star Belgrade, firing in goal after goal, season after season until Juventus eventually came a-calling.

Roberto Mancini (Leicester City): Bobby curiously decided to come out of retirement to spend six months with the Foxes when he signed up for a short-term loan jaunt in January of 2001.

The 36-year-old had been working as Sven Goran Eriksson’s assistant at Lazio, but the lure of one final tour of duty as understudy to Ade Akinbiyi, Trevor Benjamin and Richard Cresswell alas proved too tempting to turn down.

Didier Deschamps (Chelsea): Behold, the last (and quite possibly the first) time Deschamps actually managed to crack a smile.

In his one season at Stamford Bridge, the combative French midfield general won the FA Cup and even pitched in with a rare goal – against Hertha Berlin in the Champions League.

Youri Djorkaeff (Bolton (and Blackburn)): After winning both the World Cup and the European Championship there was nothing left to check off on Djorkaeff’s bucket list other than his dream end-of-career stint at Bolton. It really was all the rage back then.

The classy French forward joined in 2002, aged 32, and quickly proved that he wasn’t just winding down the clock at Wanderers, scoring 20 league goals (including a couple of rippers) in two seasons.

He then prolonged his stay in England by joining Blackburn on a short-term deal where he did… erm… less well – leaving after just three appearances.

George Weah (Chelsea and Man City): By the time Weah made it to the Premier League he was a fading force, with his all-conquering pace and reflexes most definitely on the wane.

That said, the former Ballon d’Or winner pitched in here and there for the Blues, scoring what is probably most politely described as a “light smattering” of goals (including the winner against Tottenham on his debut) and playing a significant part in the club’s victorious FA Cup-winning run of 1999-2000.

After Chelsea passed on the option to take him on permanently, Weah instead signed for newly-promoted Man City, but quickly fell out of favour after a tiff with manager Joe Royle before sliding off the payroll entirely.

Fernando Morientes (Liverpool): Morientes should have been a roaring success in the Premier League, with the 28-year-old target man’s robust style and aerial nous seemingly tailor-made for the rigours of English football.

However, repeated injuries and a total bottoming out of his form meant that the former Real Madrid star barely made a dent at Anfield, eventually returning to La Liga with Valencia just 18 months later.

Brian Laudrup (Chelsea): There’s a good reason that not many people remember Laudrup the Younger’s brief stint at Chelsea in 1998 and that’s because it was largely miserable.

After leaving Rangers a club legend, the silken Danish winger famously signed on the dotted line at Stamford Bridge before immediately attempting to back out of the move when he was horrified to hear about the Blues’ ruthless squad rotation system.

He left after six largely uneventful months to return to Denmark with FC Copenhagen – the only team he scored against during his 11 appearances in a Chelsea shirt.

Christophe Dugarry (Birmingham City): A renegade maverick with no time for Johnny Law, Duggary proved an instant swashbuckling success at St Andrews – famously scoring two goals in the space of eight late minutes in a 3-2 win over Southampton that essentially secured Birmingham’s Premier League survival at the end of the 2002/03 season.

It was all going swimmingly, right up until the point the lairy French striker signed on a permanent deal, at which point everything slowed down.

Still, his place as a bona fide Brum cult hero cannot be denied.

Luc Nilis (Aston Villa): The brilliantly skillful, serially underrated Belgian forward joined Villa in 2000 and got off to a decent start before, three months later, he saw his leg bend up like a pretzel in a gruesome collision with Ipswich ‘keeper Richard Wright.

The break was bad enough, but a subsequent bone infection left Nilis facing possible amputation at one point. Thankfully, it didn’t transpire, but the injury unsurprisingly served to bring his career to a devastating and premature end.

Vincenzo Montella (Fulham): One of the most prolific strikers of Serie A’s last golden age joined little old Fulham on loan from Roma in January of 2007, getting off to a flyer with a couple of goals against Leicester in the FA Cup on his home debut.

The 32-year-old poacher then went on to make a handful of appearances after being used sparingly first by Chris Coleman and then by his replacement, Lawrie Sanchez, who eventually cancelled Montella’s loan just one week before it was due to expire.

Davor Suker (Arsenal and West Ham): Brought in from Real Madrid as an experienced replacement for the surly Nicolas Anelka, who has just sauntered off the other way, Suker was 31, past his peak and duly struggled to get a foothold at Arsenal despite outscoring Dennis Bergkamp during his one and only season at Highbury (1999/2000).

He then moved on to West Ham where he made 11 goal-shy appearances before bowing out to join 1860 Munich. 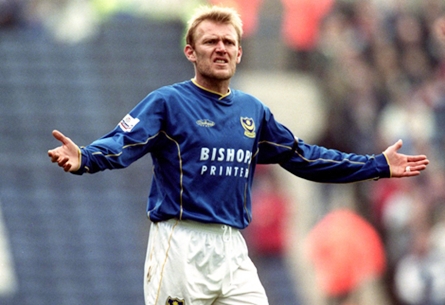 Robert Prosinecki (Portsmouth): Okay, so he never played in the Premier League with Pompey, but the brilliant, rough-neck Croatian playmaker still managed to illuminate the First Division in 2001/02 despite a significant smoking habit.

That’s got to count for something, right?