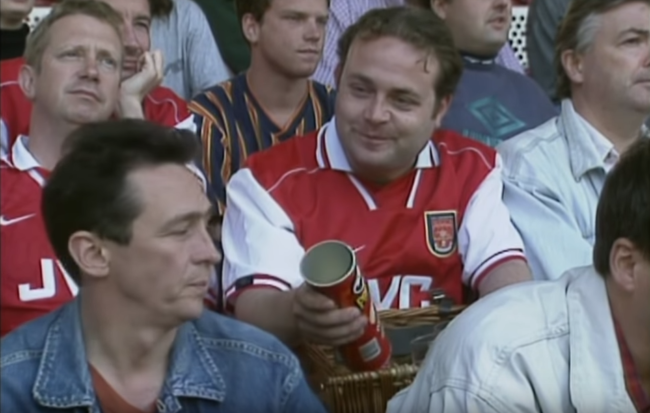 Roger Nouveau the Arsenal fan, with his wicker lunch hamper, his Pringles, his staunchly non-committal club allegiance and his awful, awful patter.

Here’s all of Roger’s brilliant sketches stitched together into one, five-minute clump…

The third series of the Fast Show was probably a series too far, but at least we got John Thomson expertly lampooning the ‘Johnny-Come-Lately’ football fan that Premier League clubs appear to solely cater towards these days.

The sketches might be over 20 years old, but they haven’t dated a day.