This has to stop…

It can’t have escaped your notice that there is currently a silent epidemic sweeping through the Premier League, a craze which fosters a culture of hostility, shame and devastatingly sudden isolation – The Relentless Nutmegging of England’s John Terry. 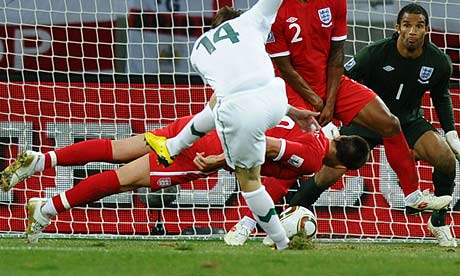 …but those days are sadly gone. John is old, weary, broken. The legs have gone, the mind is soon to follow. When even Andy Carroll is ‘doing you like a kipper’ then you know the end is probably nigh.

“First I made out like dey were all meggin’ me cuz me fackin Hampton Wick’s so fackin huge that I couldn’t close me Bacon And Eggs up pwopa like – but troof be told guv, I’m hung like a fackin dormouse.”

And so, the appeal for help goes out.

With just £400,000 a week, we will be able to ship John Terry off to the Chinese Super League or the UAE, where he can live out the rest of his footballing days in peace. He’ll still get nutmegged, but at least he won’t be able to read the papers afterwards.