Swansea manager Brendan Rodgers has officially turned down an interview for the vacant Liverpool job this morning, opting to continue with his admirable work in South Wales instead – presumably because he reckons there ain’t enough ballast in the world to reverse the fortunes of that particular sinking ship… 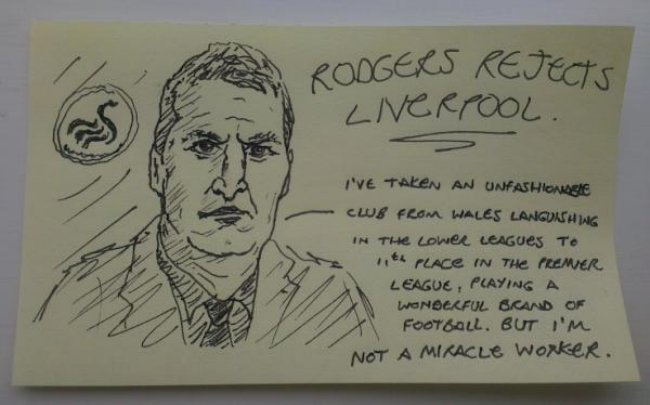 Elsewhere in Managerville, Wigan have given Roberto Martinez permission to ay’ a chinwag with John Henry and the FSG boys though Alan Pardew, Jurgen Klopp, AVB, Paul Lambert and Didier Deschamps are all also being mentioned in passing this morning.