On Halloween, Chelsea’s game against Liverpool had a suitably nightmarish feel for the Blues, who went down 3-1 to Jurgen Klopp’s vibrant Reds. 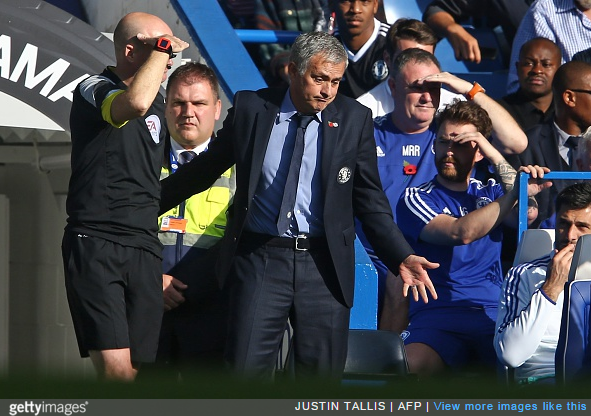 Starting with Jon Obi Mikel and Ramires in tandem in midfield, the hosts got off to the perfect start, with the latter heading the hosts into the lead on four minutes.

However, after the goal, Jose Mourinho’s side rarely threatened the Liverpool goal, with the visitors dominating possession for long periods.

The equaliser came at the end of the first-half, with John Terry initially giving Roberto Firmino too much space in the box. The Brazilian quickly moved the ball on to his compatriot Phillipe Coutinho, who produced a superb curling finish past Asmir Begovic. However, the goal came well after the designated two minutes of injury time had been played by ref Mark Clattenburg, something which will surely have irked Mourinho and co.

After the break, Chelsea continued to struggle for invention, with Eden Hazard once again a shadow of last season’s unplayable star. While on the other hand, full-back Alberto Moreno was a constant threat in attack for Liverpool.

Coutinho double the Merseysiders’ advantage on 74 minutes, courtesy of an effort which deflected in off John Terry.

Then, nine minutes later, sub Christian Benteke sealed the deal to secure a first win with the Reds for Klopp as well as heaping even more pressure on Mourinho.

While Liverpool can celebrate a major scalp at Stamford Bridge, Chelsea remain in serious trouble, with Mourinho suffering a sixth defeat of the Premier League season already. The ‘Special One’ is looking anything but at present and one wonders just when Roman Abramovich’s patience with his most successful manager will finally run out.