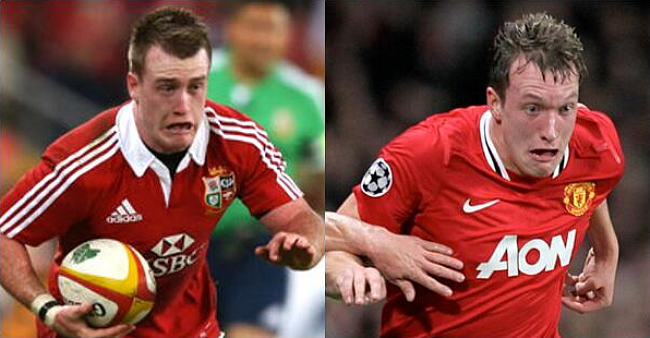 Hogg is the aptly named gargoyle-faced Scottish egg-chaser currently on tour with the Lions.

Jones is the Man Utd defender whose demented face appears to be possessed by a Rancor.

Cracking spot from Scott Riley. Help yourself to a complimentary Ferrero Roche.

Got a Shit Lookalike for Pies? Email us at waatpies@gmail.com or Tweet it over @waatpies if you fancy.