Nothing shit about this. This pair share 100% of their genetic material (bar the spectacles*)… 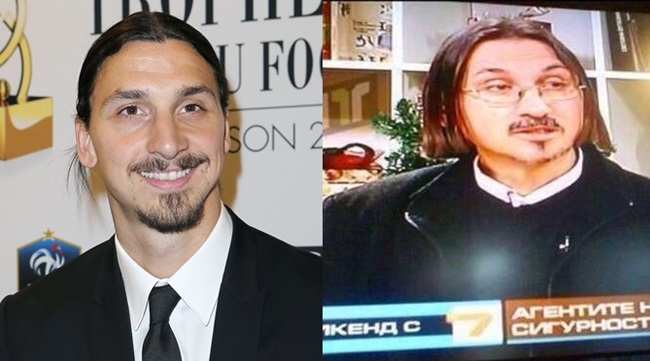 The chap on the right is Bulgarian investigative journalist Hristo Hristov, who is apparently well aware of the fact that he shares a face with the Almighty Zlatan.

“He is a national team player for Sweden, has played for a number of great teams and is currently at PSG.”

There’s those keen investigative journalist skills in action right there.

“I am a serious, investigative journalist and would rather not comment on cases where people in Sweden think that I look like a football player.

“No, there have been times here in Bulgaria where people have told me I look like Johnny Depp -and it makes me smile.”