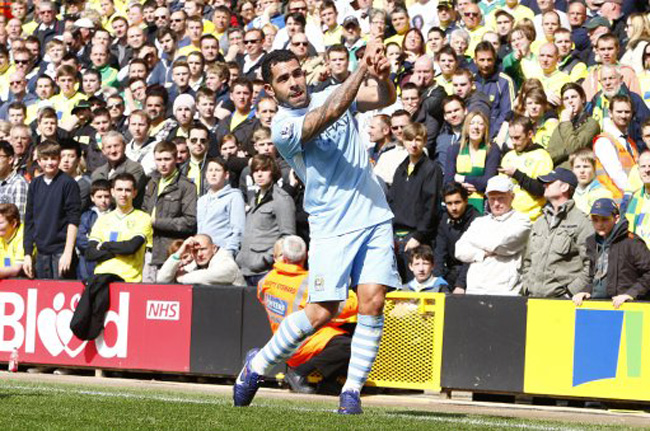 The Argentine duo of stocky Carlos Tevez and silky Serio Aguero were in inspired form at Carrow Road on Saturday, with the resurrected Tevez bagging a hat-trick.

Tevez celebrated his goal-spree with a goal-swing, a rather decent comment on those who questioned his recent attitude. Sub Andrew Surman did get a consolation goal for the home side, but the Citizens were unstoppable. Along with Tevez’s hat-trick, Aguero bagged two and Adam Johnson netted a late goal to put the pressure back on Man Utd.