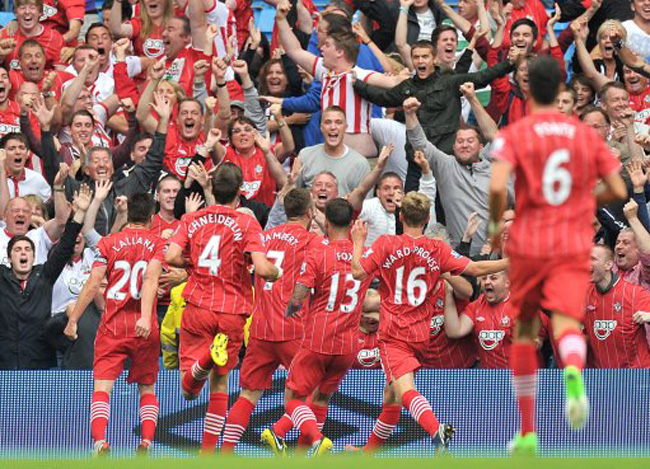 You can have your modern pentathlon and your feckin’ rowing, give me a decent game of football any day of the week. And on Sunday at the Etihad, champions City and new-boys Southampton produced a fantastic encounter.

The home side opened the scoring just before half-time, courtesy of Carlos Tevez. That goal had come after Sergio Aguero was stretchered off with an injury and David Silva had missed a penalty.

After the break, Nigel Adkins’ side fought back superbly, with subs Rickie Lambert and Steven Davis  netting to put the visitors ahead.  However, ultimately the class of the Citizens won out, with Edin Dzeko and then Samir Nasri securing all three points for Roberto Mancini’s men.

What a cracker. Olympic spirit? Premier League spirit more like.