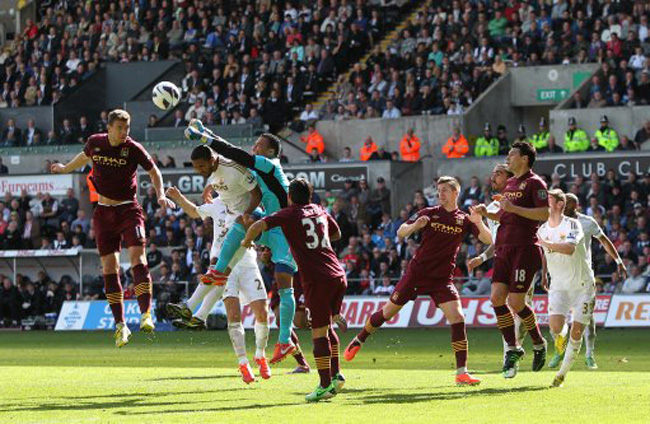 The Liberty Stadium played host to a rather limp end of season clash on Saturday with Man City failing to find a way past Michel Vorm in the Swans’ goal.

Edin Dzeko had a marvellous chance late on to snatch the win but missed with the goal gaping from no more than four yards.

Swansea, on the other hand, have been coasting since their cup success and once again failed to really get going.