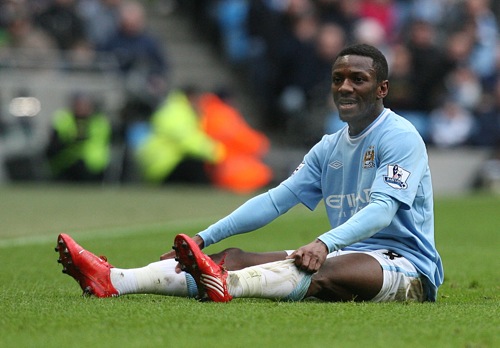 SWP has let it be known that he’s not happy with Man City’s offer of a £70,000 a week contract (improved from his current £60,000 a week). Or rather Ian Wright has. Embarrassing dads, eh.

The cause of the contract stand-off is rooted in SWP’s unfortunate timing. He joined Man City just before the Dubai mega-cash revolution and now wants a salary more in line with team-mates who joined more recently, such as Emmanuel Adebayor, Kolo Toure, Joleon Lescott, Carlos Tevez and Patrick Vieira, all of whom are reported to earn more than £100,000 a week.

I’ve read reports claiming that SWP and his mouthy father are out of line asking for a six-figure salary, but I think it’s fair enough to want to be paid at a similar level to similarly experienced colleagues – no matter how good you think SWP is, can you honestly say that Joleon Lescott is worth almost twice as much as him? I don’t think so.