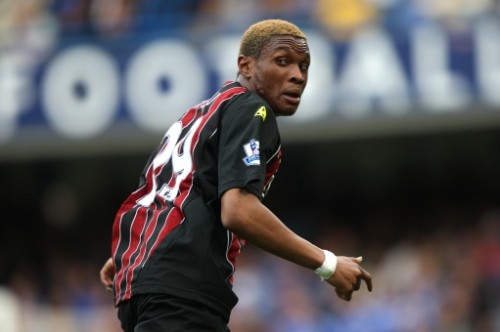 Former Manchester City and Cardiff player Kelvin Etuhu (and younger brother of Fulham’s Dickson) has been jailed for eight months this afternoon for his part in a drunken street brawl which ultimately left a man with a broken jaw.

Warrington Crown Court heard today that Etuhu, 22, attacked Owen Fitzpatrick following a dispute in a casino cocktail bar and was caught on CCTV camera ‘kicking the victim three times on the ground after he floored him with a punch’.

The two men apparently have a bit of history, after first squaring up to one another over a ‘minor dispute’ in the Manchester 235 Casino during the early hours of February 28th last year.

Etuhu had previously pleaded guilty at Manchester Crown Court to assault occasioning actual bodily harm and affray and was sentenced to an eight-month jail term by Judge David Hale at Warrington today, who told the former City winger:

“You brought yourself up by your bootstraps, you and your family, having come here from Nigeria with nothing but your talent, grit and determination.

“That is a great credit to you and your family and now you have blown it.”