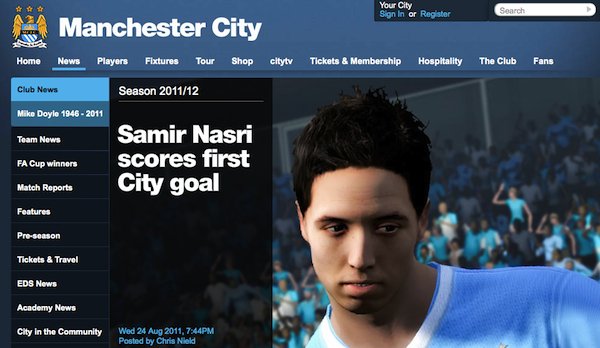 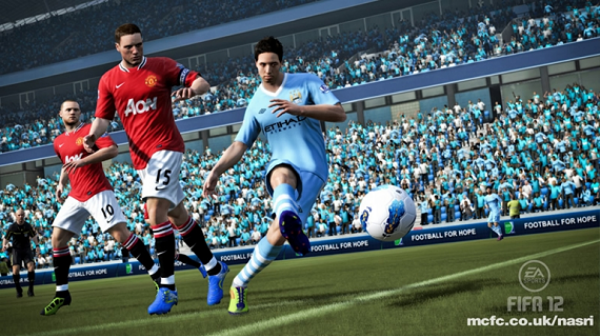 For some reason unbeknownst to almost everybody, City have had their corporate buddies over at EA Sports mock up an image of Samir Nasri ‘scoring his first City goal’ against – yep, you guessed it – Manchester United.

I’m sorry boys, but you can’t count that. You just can’t. It’s not fair.

Brings to mind a poor, delusional chap that I played alongside at U18s level who, in a lame attempt to boost his Nottingham Victoria League Opta stats, included goals he scored in training in his end-of-season tally. That didn’t work either.

Desperation will do terrible things to a man.