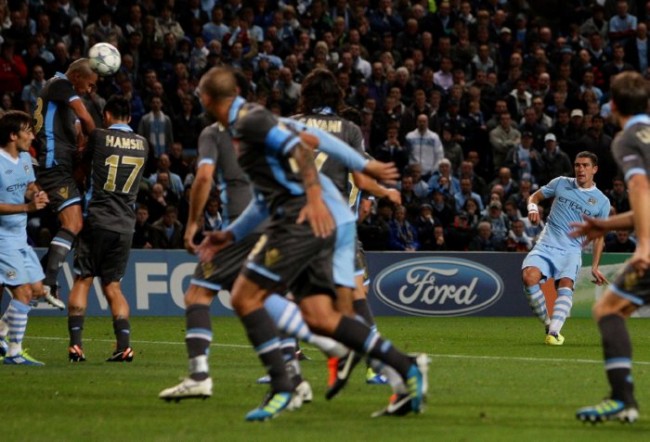 In the words of Roberto Mancini, Man City looked decidedly ‘nervous’ throughout their maiden Champions League outing against Napoli at the Etihad last night, going behind in the 67th minute when Edinson Cavani swept home through Joe Hart’s pins after the Italians rushed City with an impulsive three-pronged counter-attack.

The lead only lasted five minutes before Aleksandar Kolarov pulled City level with a deft 20-yard free-kick, with Yaya Toure and Sergio Aguero also cracking efforts against the crossbar (Ezequiel Lavezzi also tonked the woodwork for Napoli) as Mancini’s side finally began to put down roots – though both sides had to make do with a point apiece as the curtain came down.