There is a fifth dimension beyond that which is known to man. It is a dimension as vast as space and as timeless as infinity. It is the middle ground between light and shadow, between science and superstition, and it lies between the pit of man’s fears and the summit of his knowledge. This is the dimension of imagination. This is an area we call, The Balotelli Zone… 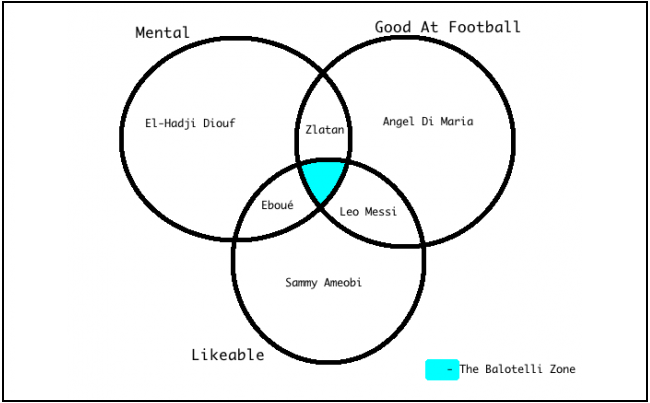 Surely the ‘Balotelli Zone’ isn’t the sole preserve of young Mario? Granted, I’m struggling to think of players that manage the startling feat of being decent, mental and likeable. Gazza perhaps? He’s certainly got the ‘mental’ thing cornered.