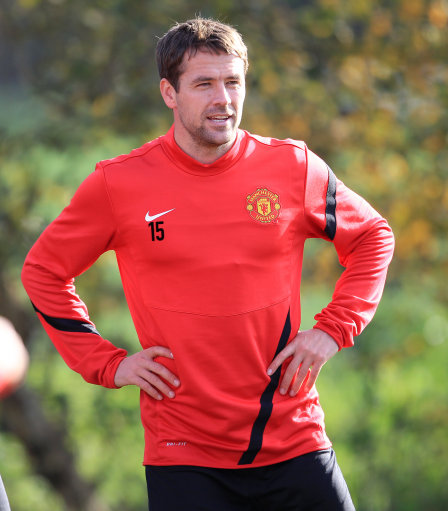 Super Michael patiently waits for his moment of glory…

Manchester United fans – worried that your beloved team’s grip on the Premier League trophy may be loosening? Well don’t fear, because boy wonder Michael Owen is here. Well, sort of.

The former Liverpool star, who has only made one Premier League appearance for United this season due to injury and the fact that he’s not as good as the other strikers at Fergie’s disposal, has revealed that he is nearing full fitness and is ready to step into the breach to win the title for the red half of United. The (once) fleet-footed forward said:

“My mindset has got to be get myself ready mentally, physically as I might be needed for 10 or 20 minutes. Who knows? That could be in the last game of the season at Sunderland. I might have built up enough, whether playing in a reserves game or two, and then that’s fine.”

“I can’t imagine myself getting back and starting in the 11. But I think the immediate thing is to get myself mentally ready, just in case the manager says, ‘I’ll put you on the bench’ or whatever and I’ll come on for 15 minutes and try to nick a goal if we’re struggling.”

He’s obviously fantasised about a dramatic finale to the season a lot whilst recovering from injury. However, I think he may have kicked his last ball for United already.