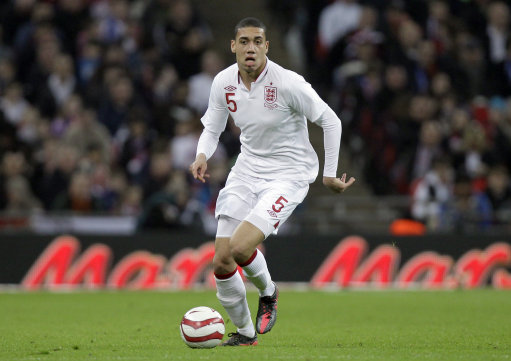 Manchester United’s versatile defender Chris Smalling has been forced to pull out of Roy Hodgson’s EURO 2012 England squad after picking up a groin injury in the Red Devils’ game against Swansea last week.

The 22-year old had been expected to secure a place in the Three Lions’ 23-man squad for Poland and Ukraine, but his dreams of appearing at his first major finals have been KO’ed by the injury. Fergie said:

“Chris has suffered a bad injury. It is a groin muscle injury and he will miss the European Championships. We are assessing what to do at the moment but it is a bad injury.”

Smalling’s ability to play in the both the middle and right side of the back four could have been useful for Hodgson in the summer. Maybe he’ll beg Jamie ‘Carra’ Carragher to return to the fold!!?

Oh, and expect the list of Man U players mysteriously pulling out of the EUROs and the Olympics to start growing as Fergie starts preparing for next season’s domestic campaign.