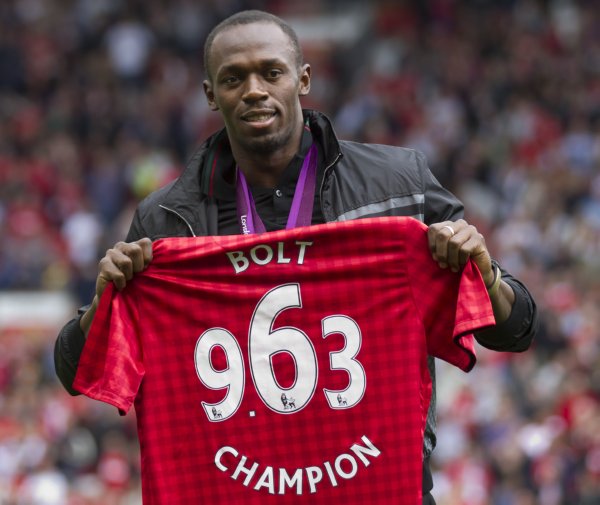 It would seem that, if you have designs on turning out for Manchester United, then persistence is key.

After spending the last few years relentlessly pestering Sir Alex Ferguson, badgering him for a kick-about, it now appears that the United overlord has buckled and is seriously considering allowing Usain Bolt to represent the club in a friendly against the Real Madrid Legends pencilled in for next summer.

“Usain’s a character and a big United fan. It’s interesting he says he’d like to play in a charity game. It could be brilliant, and next year when we play Real Madrid’s Legends again, so there could be opportunities to bring him up and see how he does.”

The match in question is the annual Corazon Classic, which sees a squad of pensioned-off United veterans playing against the likes of Zinedine Zidane, Emiliano Butragueno, Bodo Illgner, Fernando Hierro, Roberto Carlos and Luis Figo (presumably the Lucozade bottles on the touchline are actually filled with cod liver oil) so Bolt is likely to have the edge pace-wise over most of his teammates – except for Teddy Sheringham of course, lest we forget that the first 100 metres are in his head.

The morale of the tale kids?  The ‘Mount Splashmore’ technique really does work…