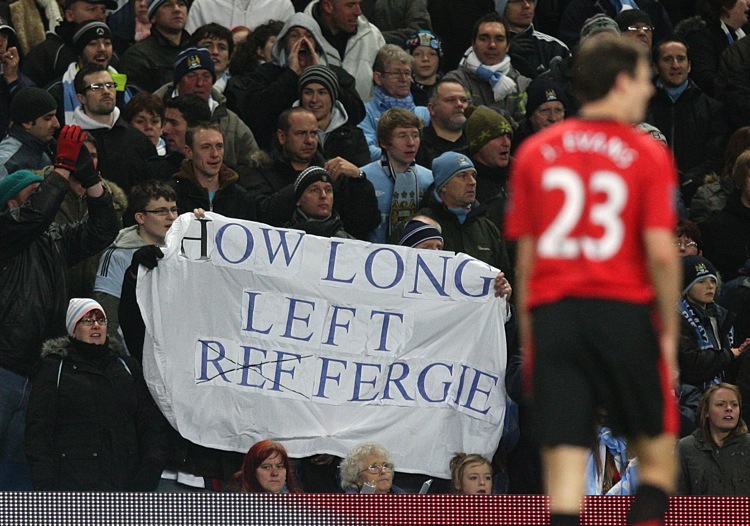 Manchester City in the stands hold up a Fergie-baiting sign